We want every child to promote the basic British values of democracy, the rule of law, individual liberty, and mutual respect and tolerance for those of different faiths and beliefs. 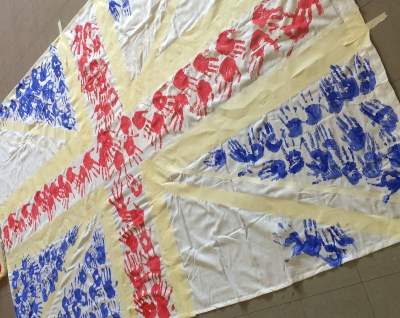 What are British Values?

The Department for Education (DfE) have reinforced the need “to create and enforce a clear and rigorous expectation on all schools to promote the fundamental British values of democracy, the rule of law, individual liberty and mutual respect and tolerance of those with different faiths and beliefs.”

The government set out its definition of British values in the 2011 Prevent Strategy, and these values have been reiterated by the Prime Minister in 2014. At Forestdale Primary School we value the diverse ethnic background of our pupils and families and undertake a variety of events and lessons to celebrate these. We have found this approach to be enriching, as it teaches tolerance and respect for the differences in our community and the wider world.

How do we Promote British Values Through our Curriculum? 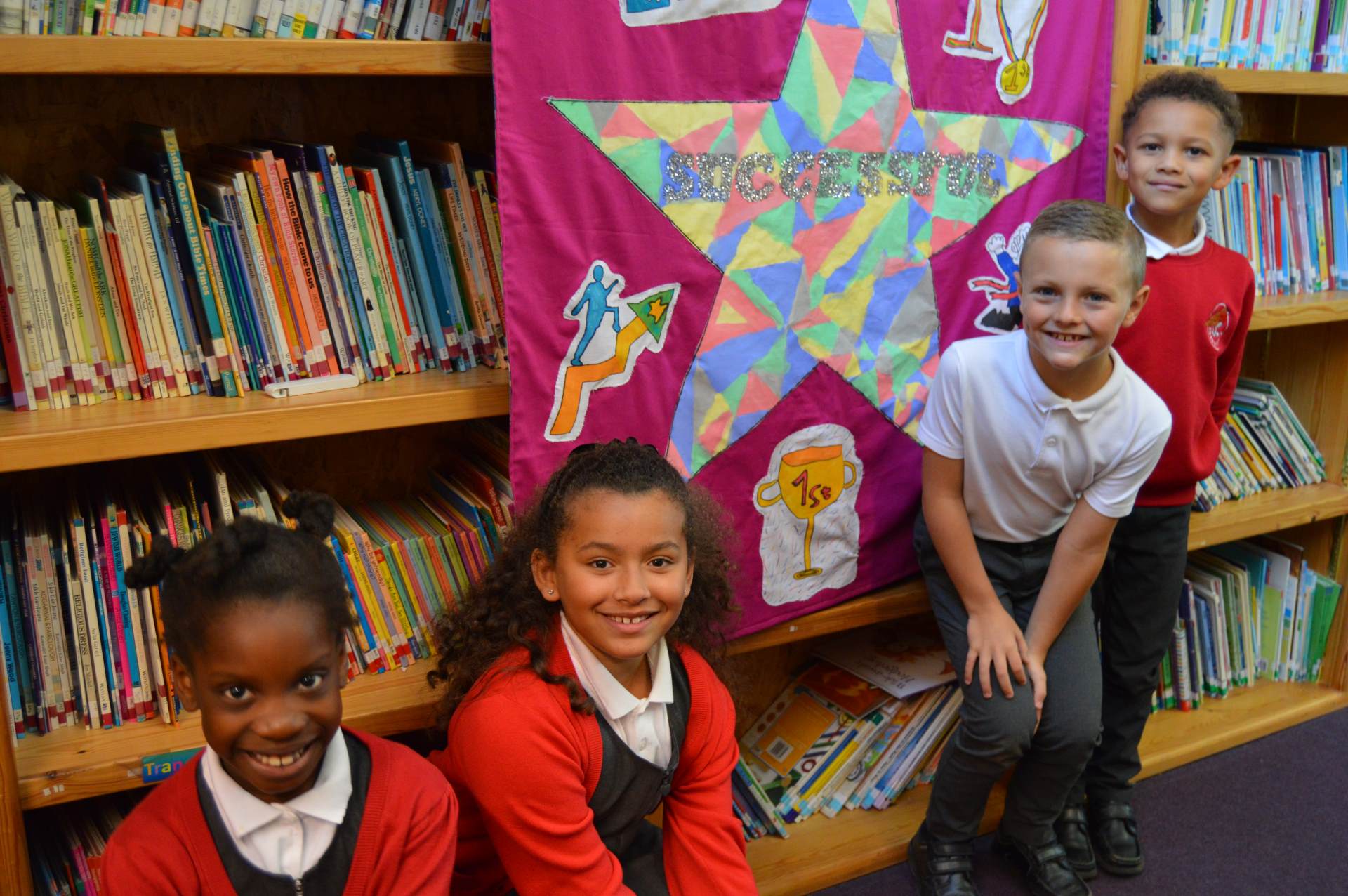 At Forestdale these values are reinforced regularly through opportunity for pupil voice, close links with the community and collective worship. Pupils engage with the values and understand their implications for making choices about their attitudes and responses. Through reflecting on the values pupils discover what it means to be good citizens.

Underpinning all of this lays a range of enriched curriculum topics which have strong links to the British Empire, such as The Church, Christianity, Our School, International Studies and World War II.

The juniors cover debating as part of their English curriculum through their topics for example, in Year 5 children explore whether the twenty years' imprisonment of Toad from the Wind in the Willows was justified or unfairly given, and in year 4 the children debate on whether or not an effort to recycle household waste will have a significant impact on the future of our planet.

In Year 6, pupils undertake an intense topic about World War Two and the impact that the military had in fighting for the British Empire. They also study the UN Convention on the Rights of the Child and how that democracy is one of the universal and indivisible core values and principles of the United Nations.

Year 4 learn how many people throughout India celebrate the nation's Republic Day, which is a gazetted holiday on January 26 each year. It is a day to remember when India's constitution came into force on January 26, 1950, completing the country's transition toward becoming an independent republic. 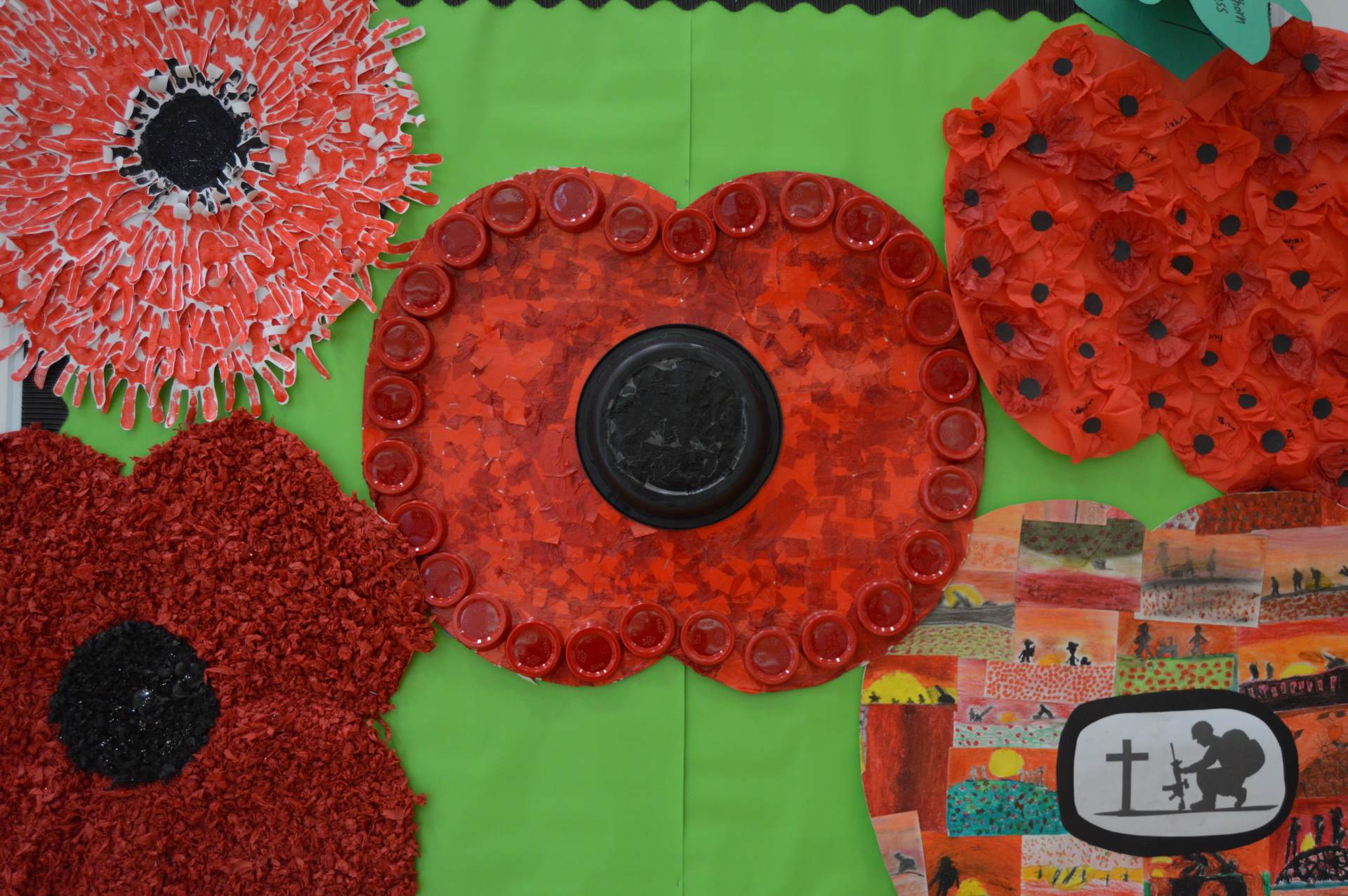 The whole school also undertakes the annual Poppy Day remembrance events and a minute's silence is held in addition to a range of specially created assemblies.

As part of PSHCE, children in years 1, 3 and 5 study the Citizenship unit which focuses on understanding and practising democracy within their classroom setting and as the children get older into the wider world.

The Rule of Law

The importance of laws, whether they be those that govern the class, the school, or the country, are consistently reinforced throughout each school day. Our pupils have a strong sense of right and wrong and a keen sense of fairness and justice. They understand rewards and sanctions and what to do to follow them. Pupils are taught the value and reasons behind laws, that they govern and protect us, the responsibilities that this involves and the consequences when laws are broken. Visits from authorities such as the Police are regular parts of our school calendar and help reinforce this message. 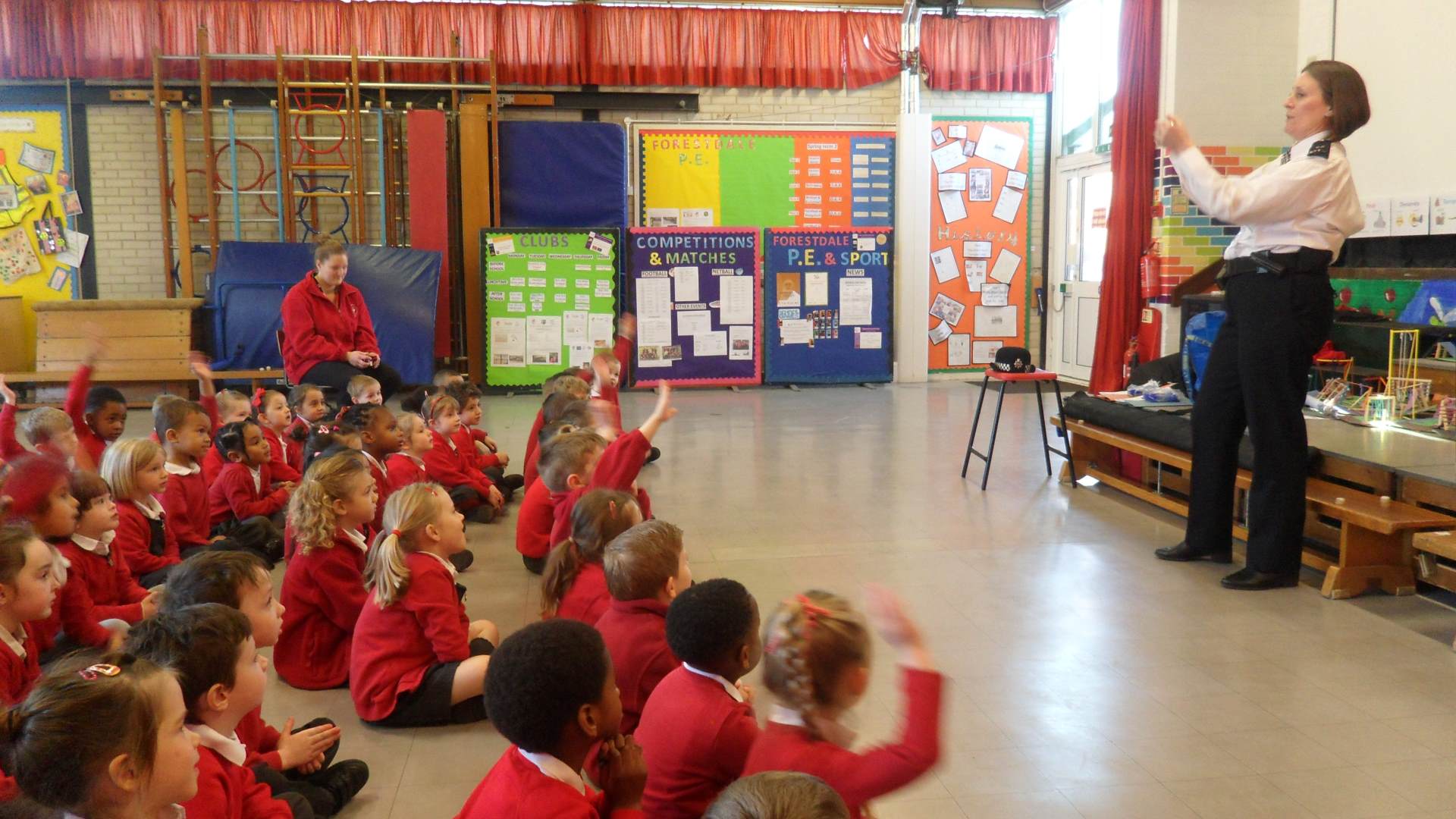 As a part of our citizenship programme the local PCSO visits our year 6 class to educate them about drugs. They learn the different classifications of drugs and the law towards these classifications.

Stories are studied in year 2 and the themes are used to distinguish the difference between right and wrong behaviour and the consequences of irresponsible behaviour.

As part of PSHCE, children in years 1, 3 and 5 study the Citizenship unit which focuses on rules and rights. This starts within the classroom setting and as the children get older moves into their community and the wider world.Reception and year one reward bears are issued to children who have exhibited school values through their behaviour. They are able to take their reward bears home to share with their families.

The children also learn about Saint Valentine during a whole school assembly, and discover why he was imprisoned and martyred for his faith under Roman law. This is then compare this to British laws.

Within school, pupils are actively encouraged to make choices, knowing that they are in a safe, supportive and loving environment. As a school we educate and provide boundaries for our pupils to enable them to make choices safety, through a well-constructed and empowering education.

Pupils are encouraged to know, understand and exercise their rights and personal freedoms and advised how to exercise these safely, for example through our E-Safety programme and PSHCE lessons. These principles are then echoed to our stakeholders through e-safety workshops for parents and carers. Our pupils are given the freedom to make choices, to take calculated risks, to learn from errors and to apply newly learnt skills for the good of the school community.

Whether it be through choice of challenge, of how they record, of participation in our numerous extra-curricular clubs and opportunities or which school meals they opt for each day, pupils are given the freedom to make choices. 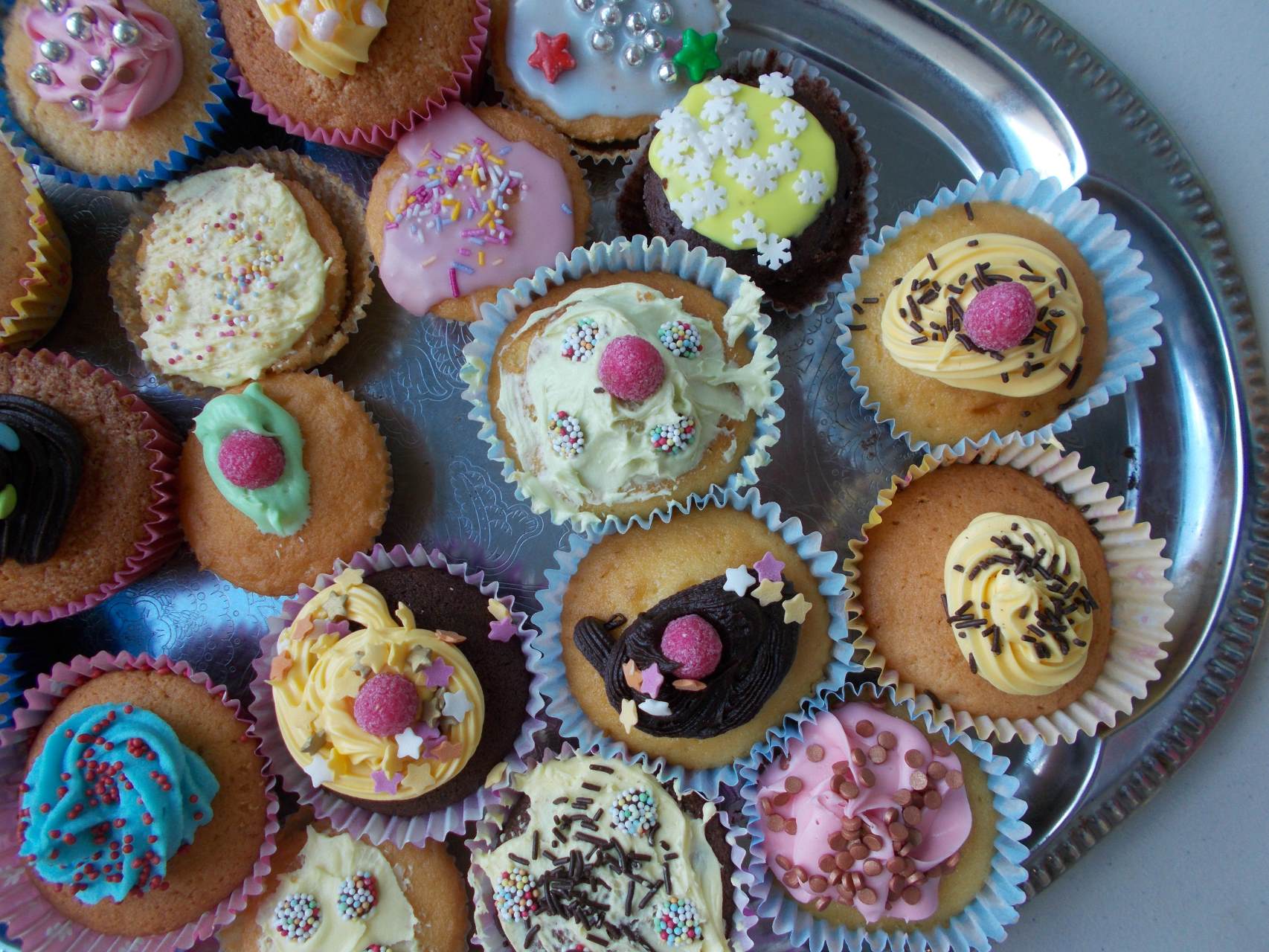 At the start of each term, the children inform their teacher about what they want to learn in their up-coming topic through the use of a KWL grid. This is used to inform teachers' planning and the direction of the learning throughout the term.

For example, In Year 2, pupils explore individual liberty through their topic Bananas and Fairtrade produce. The pupils travel to developing countries and learn about the results of inequality and how it differs from their lives in Britain.

In Year 4 pupils learn about the revolt of Boudicca and her Iceni tribe against the Romans in a bid for victory and to preserve liberty.

Mutual Respect and Tolerance of those of Different Faiths and Beliefs

Our school ethos and behaviour policy is underpinned by our Values programme where concepts such as ‘Respect’, are actively taught on a monthly basis and pupils are active participants in discussions, assemblies and class reflections related to what this means and how it is shown. This is achieved through enhancing pupils understanding of their place in a culturally diverse society and by giving them opportunities to experience such diversity. Assemblies and discussions involving prejudices and prejudice-based bullying have been followed and supported by learning in RE and PSHCE.

Our school follows the Croydon Agreed Syllabus for Religious Education which means that each year group learns about the 6 major faiths each year. This promotes the spiritual, moral, cultural, social, mental, and physical development of pupils and prepares our pupils for the opportunities, responsibilities and experiences of adult life.

Forestdale has strong links with the community with pupils visiting St Mary’s Church, Croydon Methodist Church and The Buddhapadipa temple. We also endeavour to recognise all significant cultural celebrations shared by families in our school, e.g. Diwali, Ramadan, Eid etc. and invite parents and members of the community in to the school to inform children about their beliefs.

In year 6, pupils learn about the religious discrimination that took place during World War II and its consequences. 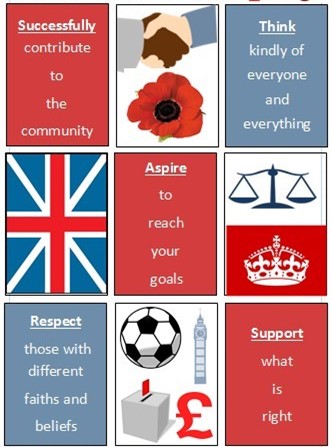